Hurricane Harvey brought tremendous winds, rain and storm surge which destroyed infrastructure, homes and businesses, both large and small. Life as we knew it in My Coastal World changed overnight. As residents were still reeling from the shock of the devastation around them, they were also amazed as assistance and relief from throughout the State of Texas and beyond began arriving. 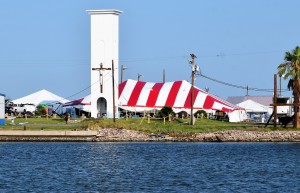 AEP Texas and power companies from far and wide arrived with their own sleeping quarters and kitchens. They were ready to bring power back as quickly as possible. Fire Departments and state, county and municipal law enforcement agencies quickly made their presence known to support their brothers in providing protection when needed and enforcing necessary curfews to protect citizens and property.

Our cities’ employees began the task of repairing water treatment facilities and providing clean water throughout the area destroyed by Harvey. They did not have to do it alone. Other cities close and even farther away, sent equipment and people to support the locals.

Then, before everything spoiled in the refrigerator, H.E.B. and the Texas National Guard arrived. Lines were sometimes long but moved quickly as someone was immediately at the car window when reaching the front of the line. The only question asked was, “Would you like it in the trunk or back seat?” Bottled water and the “all important” bags of ice were handed out with only a smile and thank you accepted in return. 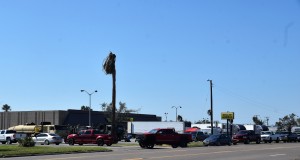 The Texas National Guard even provided MREs, Meals Ready to Eat. For the families whose hurricane nonperishable foods were buried under the rubble, these meals were so welcomed.

Within a few days, BBQ pits and food trucks began to appear with a variety of hot foods and water. 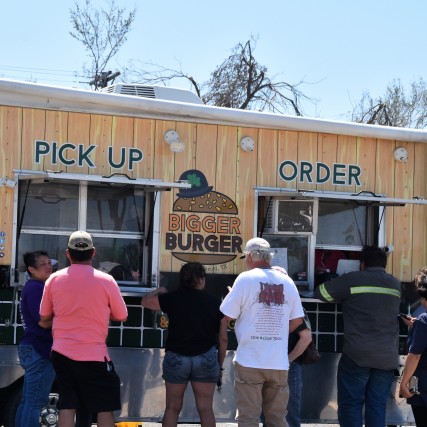 Without cell phone or internet service, “word of mouth” was the form of communication which let others know where and what was available. Some of them were in a location for a day or a weekend but a few were there day in and day out for weeks. Then the large food kitchens began to arrive and are staying if a need exists.

During the first days, chainsaws buzzing filled the air as the uprooted trees were cut into pieces which could be moved to the closest road or street. Smaller tree limbs, splintered privacy fences and other windblown debris were piled there also. 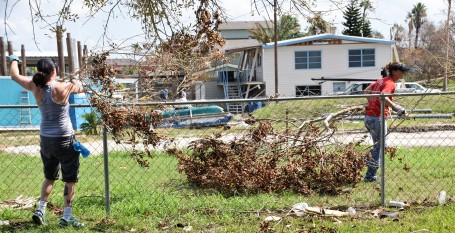 You might see a single person working but usually there were several as family, friends and even strangers appeared to help clear a door, a roof or yard.

Donations of food, cleaning supplies and insect repellant poured in quickly, sometimes before a plan for distribution was made.

Churches, businesses and municipal buildings became storage areas until the supplies could be given to the residents. Again, word of mouth was the best means of communication. Often that meant volunteers went door to door offering supplies and help.

So, with the tremendous destruction brought by Harvey, there also came an outpouring of care and support from neighbors, old and new friends, businesses and organizations. Some were expected. Some brought amazement. But all have been and continue to be appreciated tremendously!

As the national, state and local media have ceased following the continuing needs during the less visually impacting demolition, relocation and rebuilding of the affected area, support continues to be needed. Followers of My Coastal World who are aware of specific needs or organizations which are continuing to provide assistance are encouraged to add comments to this feature.